To become one with the Universe A magic pot 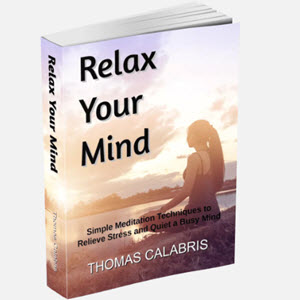 There is an old story about a magic pot.

They threw whatever they had around into the pot and it all vanished. It was truly a magic pot. Such pots must be very useful.

We all have such a magic pot in the one point in the lower abdomen. This is an infinitely small point which can engulf anything.

For example, if someone spreads false rumors about you, you could lose your temper when you tell this to your brain. By throwing it away into your one point, you need not become upset. To repress it would only result in this anger coming out later. This is not good for your health either.

Just throw away everything in your one point and always smile. If you live this way, even though lightning strikes beside you, you will not be shaken up by the sound and the flash of light. They will be instantly absorbed into the one point and disappear. If you do this, you can enjoy tea even when you have lightning strike near you. You do not have to be shaken up by it.

As one tries to keep his one point in daily life, one should be able to maintain a perpetually relaxed state of mind and body. One will develop a mind which is immovable even when the world around collapses, and a mind which is as vast as the ocean which can engulf everything and remain unpolluted.

People in the world usually believe that relaxation means loss of power. That is why they cannot relax in an emergency. They tense their body instead.

You will realize the importance of relaxation in an emergency for the first time when you realize that relaxation is the most natural and stable state.

Most of modern diseases are caused by nervous problems. Stress, irritations, anger and depression make the fine veins contract and disturb the manifestation of the living power causing various diseases. Start unlocking your hidden power with self hypnosis by relaxing and staying relaxed. This is just the audio you have been looking for to do just this.